For the first time Sheffield Stormers organised a fundraising event that pitted old and new first team players against the Eagles first team in the ultimate battle of the sexes.

The day was a massive success raising more than £800 for the club. The game got off to a good start for the Stormers who took a healthy early lead. After half time the Eagles attempted to claw it back and reduced the deficit to win the last two quarters. But the Stormers hung on to take victory in the end. The final score was 36-22 – a win for the girls.

The crowd enjoyed the Eagles showmanship and they certainly brought Rugby League flare to the game of netball.

Prizes were a plenty on the day, which saw Laura Jeffery take home the star prize in the raffle – a signed Jessica Ennis Stormers shirt.

The day was such a success that the Stormers hope to make it an annual event – if the Eagles are up to the challenge. Stormers would like to thank everyone involved that gave up their time to coach, help out and attend the event, and also to those that donated prizes. In particular a big thanks go to the Sheffield Eagles players who gave up their time to play in the match, some of whom had only played the night before. 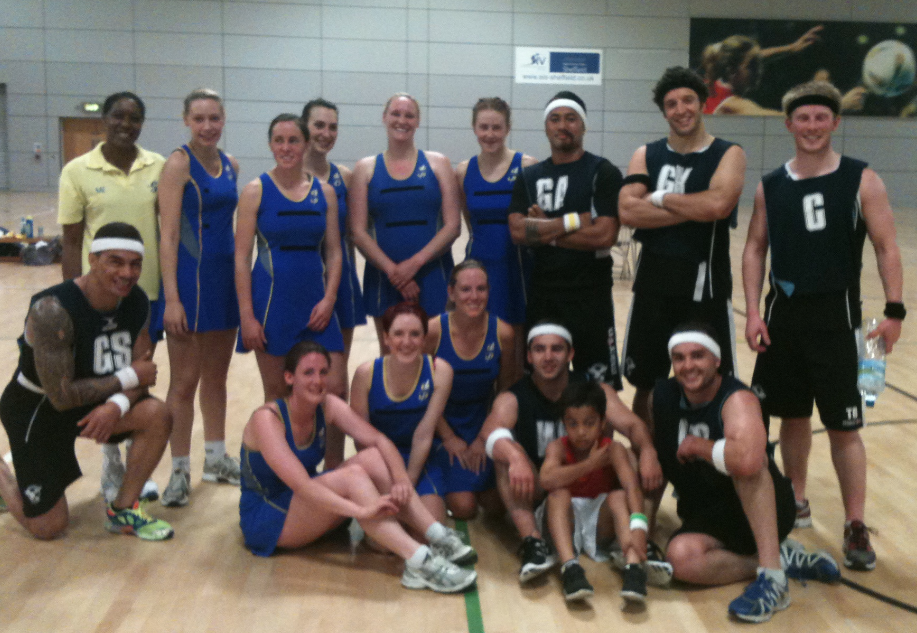